Welcome back to Top Dog Apps and another VPN review. Today we are looking at a VPN service called TorrentPrivacy, as the name suggests this VPN is especially for those who wish to do torrenting anonymously. As always, the million dollar question is whether this service is actually any good!! If you want to find out, please read on.

A word on Torrenting first. It’s none of my business what you do, I just want to say that I am not promoting torrenting of copyrighted materials. Doing this is effectively stealing people’s livelihoods.

TorrentPrivacy has been around for a while, since 2007 in fact. They are based out of London in the United Kingdom, although they don’t openly state this on their website. With a bit of digging, I found their details on Zoom.info.

TorrentPrivacy goes about this a different way than others, as they mainly push their torrent proxy server rather than a regular VPN. It used to be that you would get a free VPN if you subscribe for at least 2 years, but these days they offer a free VPN on all of their plans.

When you want to hide your identity whilst torrenting, this service gives you two ways to do it. Firstly, using a proxy. This basically means you are only hiding the traffic that is going through your torrenting application. With the free VPN addon you would simply hide all your traffic, not just the traffic going through the torrent client.

Other than this key difference, the rest of TorrentPrivacy’s features are pretty standard.

How Much is TorrentPrivacy VPN?

Weirdly, this service starts with a 3 month plan at just over $7 a month, going down to just over $4 a month if you sign up for two years. This is pretty standard pricing, proving very similar in nature to my current gold standard VPN service Pure VPN.

I really like the server load indicators that TorrentPrivacy uses, they are a great idea and very unique. I have never seen this on any other similar service, and it really helps you understand how much load they have on each of their servers.

The fact that they offer Paypal and cryptocurrency payments means that they have one option for those that want ultimate privacy and another which is seen as a mainstream and trusted payment service. This makes you feel better when asked to pay for a subscription, as you feel like you are dealing with a legit company.

It is great to see that they have enough confidence in the quality of their service to offer a 30 day money back guarantee. There are still a surprising amount of VPN services that only offer very basic money back guarantees (if any at all), so it is good to see TorrentPrivacy going for the full 30 days here.

Being used to the Pure VPN server speeds, I found these lacking, both for the VPN and proxy service.

I understand that it is hard to test the speed of proxy servers when associated with downloading torrents, as it is very much dependent on the people seeding on the other side of your download. However, I still feel this gives us an indication as to the types of download speeds possible.

I downloaded 150mb of a Charlie Chaplin film fest archive torrent from Archive.org three times. Once with my regular connection, then with the TorrentPrivacy proxy, and then finally with my Pure VPN service. These were the results I got.

You can clearly see that the proxy offered is considerably slower than the PureVPN server I would usually use.

Now let’s do some more speed tests for the VPN service. For these tests I am using a server in Canada, as this is a location that both services offer.

We will start with a simple speed test to both London and Los Angeles whilst connected to the Canadian VPNs of each service. Here’s the result for TorrentPrivacy VPN.

Here are the results for Pure VPN.

This alone should show you how bad the TorrentPrivacy VPN server is. The PureVPN server literally destroys it for speed. The 4-6mbps speed you are getting on TorrentPrivacy is barely enough for decent video streaming!

I like to do a real-world test as well. I will download a 1GB test file from Think Broadband in the UK and time how long it takes. Again, using the same Canadian server.

Well, I am happy I started with the TorrentPrivacy server first, as it says it will take over an hour to download the 1GB file. Looks like we need to try the smaller 200mb file this time 🙂

The final time taken to download the 200mb file was 11 minutes and 34 seconds.

It turned out that the 200MB file was downloaded in 38.53 seconds. I think it is obvious who the winner is 🙂

It seems the TorrentPrivacy VPN options are just tacked on afterthoughts rather than fully fledged services! The speed is so slow, they are not even worth bothering with!

Weirdly for a privacy based service, they do not have a privacy policy (or one that I can find anyway). They do say on their website that they do not log anything about their customers’ activities on their servers, but to me this means nothing unless they back it up in a privacy policy. This would clearly state in a more legally binding manner exactly what they do and don’t collect.

When using any privacy based service such as a VPN/proxy, you want the peace of mind that this service is located somewhere they can protect your data. As this service is based in London, this is clearly not the case. The UK is one of the current ‘enemies of the internet’ as well as being one of the ‘five eyes’ countries.

I am afraid that with the influx in the past 5 years or so of the mainstream VPN services, TorrentPrivacy has probably been left high and dry. I am sure that back in the day many people would use their service to hide their identity whilst torrenting, but now that fast and cheap VPNs are widely available, why would anyone bother with a service like this.

If they offered the proxy service as a standalone service at a cheaper price than regular VPNs, they might have a chance, but not how they currently have it packaged. The fact that they now include a free VPN with all of their plans smacks of desperation and shows how the market has shifted to VPNs rather than proxies.

Take my current gold standard VPN Pure VPN, for example. They are similarly priced and have blazingly fast servers. They do allow torrenting on their service and even have a one click file sharing mode on their applications. Add to this the fact you are dealing with a big and well-known brand in the industry, and I know who I would choose every time.

You can only see the pricing of TorrentPrivacy if you sign up for an account, meaning you have to provide your email. This is a cheap shot at getting people’s email address! Why not just have your pricing openly available for anyone to see? Doesn’t exactly build any trust between me and this particular service.

You have to sign up for a minimum of 3 months, which is not typical for this type of service. Every other service I have reviewed has plans for less than 3 months, so this turns into a black mark for TorrentPrivacy.

TorrentPrivacy literally has a handful of servers in three countries, The Netherlands, America and Sweden (for their proxy service). This leaves vast areas of the world not covered by this service leading to high connection pings if you ever want to use anything outside of the three countries mentioned above.

In this day and age I expect more servers from my VPN/ proxy service.

Things get slightly stranger when we then factor in the ‘free vpn’ you get with your plan. It turns out the locations of the VPN servers are different to that of the proxy service. As you can see from the screenshot below, they don’t even have VPN servers in USA at all.

I can see why most people have moved across to using VPNs over proxies, as it would be confusing for anyone but the most technically minded to set up a proxy service for torrenting. It involves delving deep into the preferences of the torrent client you are using and messing around with proxy types and port numbers.

I am pretty good with technical stuff and could work it out OK, but I can see most customers preferring the simplicity of turning on a VPN to route all their traffic instead 🙂

The issue here is that if you get this set up wrong, the proxy might not work properly and you could be not be hiding your identity as you expected.

Of course, you could use their own pre-configured torrent client if you want to avoid any manual setup, but you would then be using a pretty ancient and outdated torrent client to say the least. If they want people to use this, they should maybe move it out of the stone ages 🙂

Not exactly giving me the best impression.

The customer service offered here is pretty basic and slow to respond. I had a simple query about the service and it took several days for them to respond. Again, not exactly showing me this is an active service.

Add to this the fact that they don’t have a help section on their website, just some tutorials on how to setup their proxy on different torrent clients.

This is an area of the business they need to modernise as well.

After all is said and done, should you subscribe to TorrentPrivacy? In my opinion, no.

I look at my current go to VPN Pure VPN and I think why would I change? TorrentPrivacy comes across as an ageing dinosaur of a service that is clearly dying. I have much better server selection and speed with Pure, as well as the peace of mind that I am using an actively developed modern platform.

Frankly, I don’t know why anyone would go with TorrentPrivacy over any of the modern VPNs on the market. There are way too many negatives for TorrentPrivacy to warrant recommending it.

The only thing I could think of is if you want a torrent proxy service to only hide your traffic within the torrent client whilst still being able to use your full speed internet connection on other tasks. The problem is, the server speeds are so painfully slow, most people would simply go for the faster VPN option.

Pure VPN is my current gold standard recommended VPN service, if you are interested in using them yourself you should head over to their official website to see what they offer. 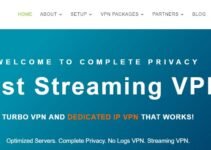 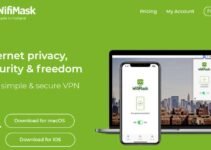 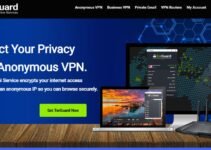